Pokémon Artifacts and Rare Pokémon stuff you need to know!

Pokemon has been a great source of entertainment since the day of its inception. Started back in the year 1996, the Pokemon company has done all in its power to make the Pokemon brand touch the sky. In time, the company has launched various products in the market that have never failed to engage the users. 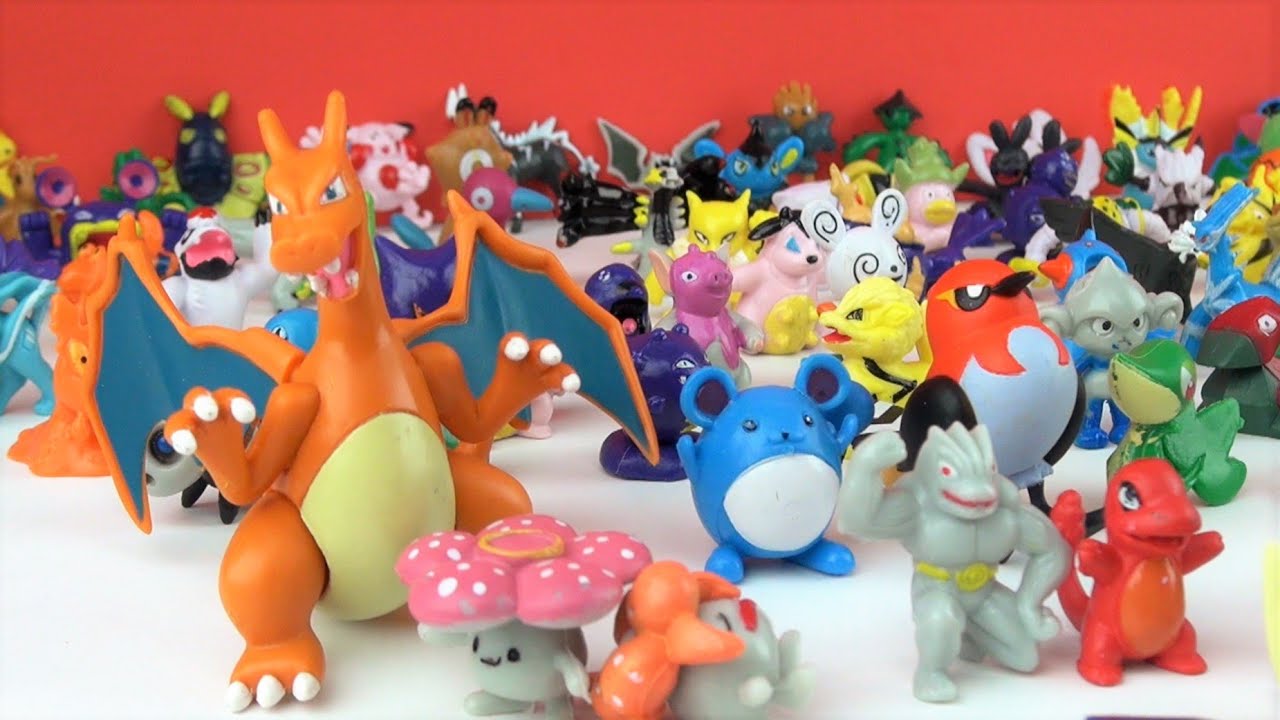 It all started with the building of a role-playing game and one after the other, the company kept bringing new products in the market. Who can forget the awesome animated Pokemon TV series featuring Ash and his friends with a cute Pikachu on his shoulders? The show was a delight to watch in the days back then. Soon after that, the introduction of Jenga Cards and Tazos became a source of joy for the kids. There used to competition for collecting them. With time, Technology has also affected the Pokemon brand, which is why we have a movie on Pokemon today along with an augmented reality-based game named Pokemon GO.

In the modern-day world, there are many Pokemon artifacts that you may consider buying if you are a fan or a parent to the kid who likes them. Let’s take a look at some of those artifacts.

One of the most liked things by the kids and if it comes in the form of their favorite Pokemon. Nothing is more beautiful than that. The Pokemon brand has also affected the toy market of the world. When you go into the local market these days, you will definitely find pokemon-themed toys like teddy bears, racing cars, action figures, etc. These toys are an excellent example of the Pokemon Artifacts available in the market. You can use them to decorate your child’s room, the presence of these vibrantly colored toys in the house also enhances the beauty of the house.

This artifact is not limited to just Pokemon, they can also be in the form of various other characters. The word figurines refer to the figures of the various Pokemon. You can choose from a huge range of simple or action figures available in the market. Some of the available Pokemon figurines in the market are Pikachu, Charmander, Squirtle, Bulbasaur, Mewtwo, Chikorita, Snorlax and the list goes on. The inclusion of these Pokemon figurines in your house will improve the overall ambiance of your house.

Another piece in the list of Pokemon artifacts is the cards. There was a time when Pokemon Jenga Cards and Playing cards were very popular. If you still have them or remember what they looked like, they were an awesome source of entertainment. Comparing the aspects of the card like rank, XP, weight and many more was a nail biter game. This was the reason why many children took an interest in Pokemon.

Among the list of these regular artifacts, there are Pokemon mugs and keychains that also catch the attention of an observer. Available in various sizes and characters, the mugs become an exciting reason for the kids to have healthy beverages. Plus, the pokemon-themed keychains enhance the look of your vehicle keys.

This is one of the 39 cards that were made in the 90s for the winners of the CoroCoro Comic Illustration Contest in Japan. The card has a yellow-colored Pokemon which is Pikachu in the middle and is surrounded by beautiful art. It also has a message for the person that appreciates the skills of the person and declares that the beholder is an officially authorized Pokemon Card Illustrator. 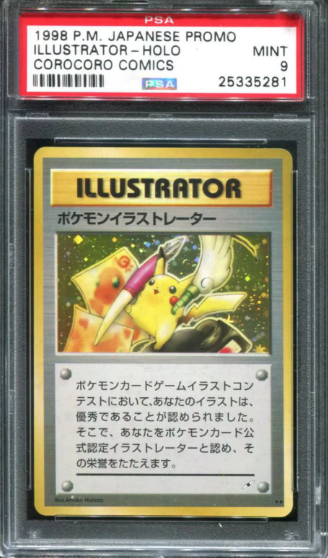 Same as the previous one, this card was also a part of a competition. In the year 2005, each participant of the Pokémon TCG World Championships was given this card. To make it a surprise for the contestants, the card was inserted in a booklet and slipped under the door of their hotel. Well, if you don’t plan things, they will go south on you. That what happened here, most of the cards were damaged as they were delivered to the wrong people due to inaccuracy in the information. This is the story behind this incredible expensive card that bagged €25,432. 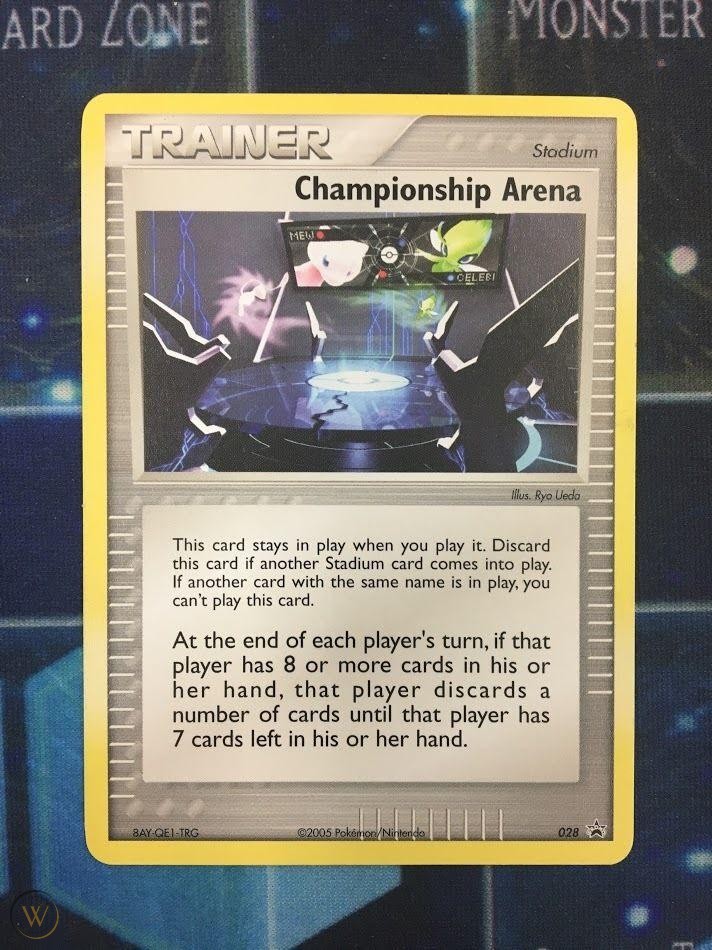 Just like the other two cards, this card is also among the category of Competition cards. Today, you have to pay accurately €12,716 for this but back in 1998. You need to get to the second day of the Tamamushi University tournament to get hands-on this antique card. This is one of the fifty cards that exist. 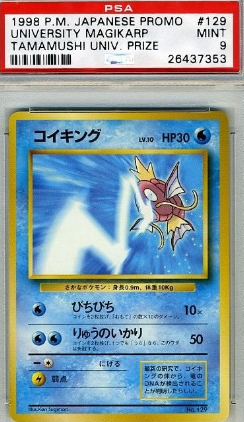 This fire breathing monster card was first introduced in 1999. The cards at that time were available in English and Japanese language. This was the most valuable English language card that was available through a “trade please” campaign. The campaign took two cards from the fans and gave out a trainer card along with a Charizard card. Just like the power of the creature pictured on the card, it bagged €10,172 in an auction. 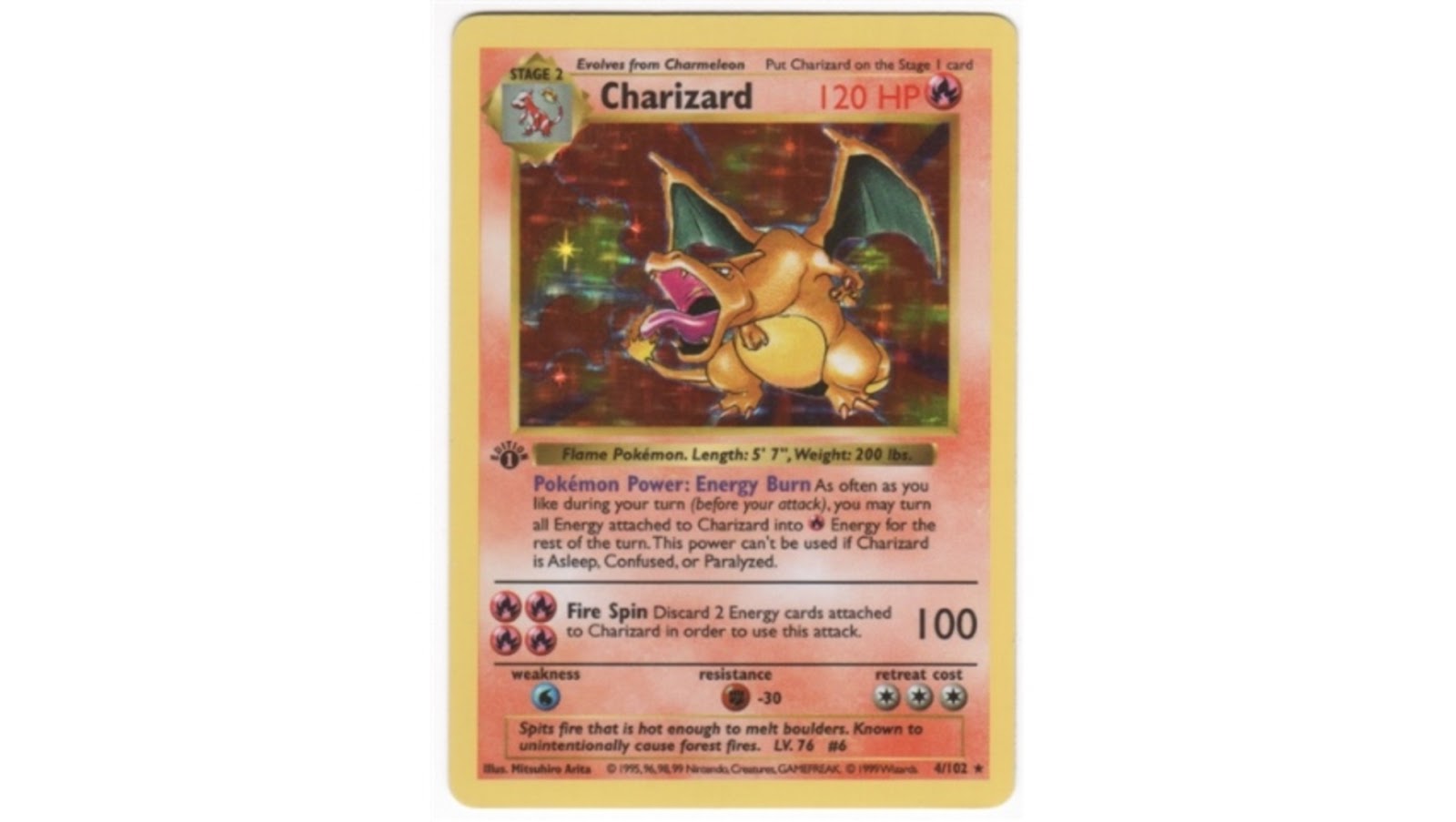 This pre-release Raichu card that went out to earn €8,477 was the brainchild of Satoshi Tajiri. Based on the vision of insects jumping from one Gameboy to another, Santosh Tajiri managed to make a masterpiece that he didn’t even know will go for thousands of Euros. 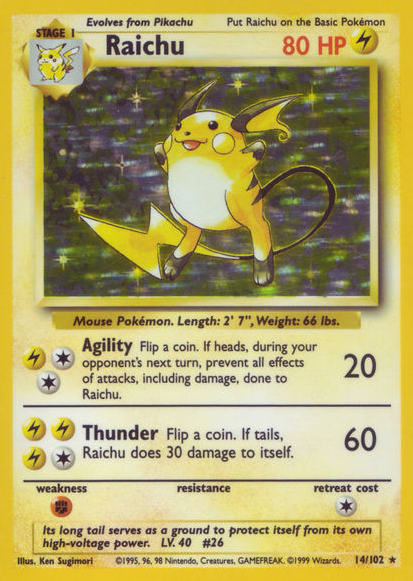 Pokemon artifacts are everywhere, and they never fail to put a smile on our faces. That’s what the world need, a source of happiness and the Pokemon company have generated one. If you are a fan or even not a fan, give a try using the Pokemon artifacts like a mug or a keychain. I am sure that sometime during the day, they will put a smile on your face. The antique artifacts are costly to purchase, but if you have enough resources and are a die-hard fan, you can go and bid on it sometime. I hope you enjoyed the article and it acted as a source of quality information for you. Thanks!!!

Everything you need to know about the Pokémon GO Fest 2021

The Pokémon GO Fest has been an integral part of the game since 2017, when the first-ever GO Fest ...

Niantic has announced that the next Pokémon to be highlighted with a Community Day in June will be...